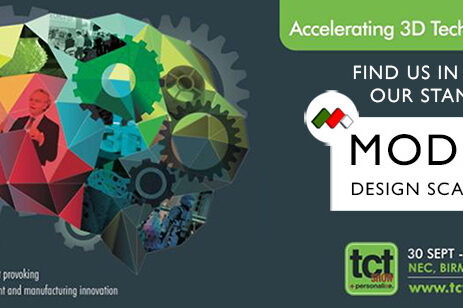 September has been the busiest month yet with four shows attended, a range of figures launched and new projects in the pipeline for line-side components.

Two more shows have been added to the calendar, this week on Wednesday and Thursday I’ll be at stand F56 at the TCT Show at the NEC, the world’s largest 3D printing and additive manufacturing show. To find out what is happening in the world of 3D printing and scanning, this is the show to visit – and it’s free to attend!!   I’ll be demonstrating the scanning equipment, DLP 3D printer and showing sample prints of a new high definition resin.

Sunday at Scaleforum turned into something akin to Antiques Roadshow with a number of railway items brought in to be scanned including a GWR hand lamp, 2 and 3 bolt chairs and a Cambrian Railways cast iron bench seat support! This could turn into an interesting service to provide at exhibitions – if you have something gathering dust in the shed or pride of place in your railway room which you think might make a good scale model, then drop me a line and I’ll let you know if it’s suitable for scanning.

The Cambrian bench seat post came up very well indeed and was a perfect candidate for scanning.  The 3D prints are in 4mm scale destined for a platform on Geoff Taylor’s Penmaenpool.

The first month of sales for the new range of figures has gone well, with some good feedback received on positions and styles.  During October I’ll be revisiting a number of the figures to refine them, along with bolstering the range with new scans such as seated loco crew, cleaners, fitters, fireman and more.   Towards the end of the year I’ll be working on passengers, diesel drivers and pre-grouping loco crew.

In the pipeline are the first 3 figures from what will be a Trade and Services range.  At ExpoEM I met Simon who was driving the vintage shuttle bus to the show, wearing a 1960’s driver summer uniforms.  He also had a conductors uniform with ticket machine and he kindly agreed to be scanned in both roles.  The figures should be quite versatile for other roles such as trams or BR road transport.

The website is still a little clunky for navigating the figure range, having been put together in a rush between shows.  It will be redesigned in October and will initially be a simple list of figures and prices with colour photographs and photos of the actual prints.  Orders will continue to be taken via email or phone and I’ll look to implement online ordering later in the year.

Lead times for online orders will be up to 2 weeks as at present I am printing stock for exhibitions as well as online orders, including any commission work for detailing components.  Though I have 2 machines they are running almost 24/7 to keep pace with orders!  In the near future I’m looking to have popular figures resin cast, keeping the more specialist/small batch figure production in house.  Once I’ve gone through the sample and costings stage I’ll have more information.

Scans taken at exhibitions are still on a 4-6 week lead time though this will improve considerably once the backlog of scans has been cleared.

In order to catch up with orders and start developing the range of products I’ll be attending one show a month on average, instead of back to back shows.  Next up is the TCTShow at the NEC, followed by the Hornby Great Electric Train show at the Heritage Motor Centre in Gaydon.  At all these shows you will be able to be 3D Scanned – if you plan to attend and have a pose in mind, it is a good idea to bring the appropriate clothing as I can’t provide for all shapes and sizes!

As already mentioned, you might even have a piece of railwayana that might be suitable for scanning – if you’d like to talk anything over drop me a line.