With thanks to Jamie Green (SVR), Nick Willcox (SVR) and Andrew Hardy (KESR), there are now 30 new figures designed for Industrial layouts.  These include loco crew, workmen and shunters for the early 20th and mid/late 20th century industrial periods.  Many of the poses have been inspired by images from Visions of Steam (Cavalier & Silcock) and Steam Railways in Industry (Gifford & Gamble).  More figures will be added in the coming months.  The new figures can be found in the Industrial Category in the webshop. 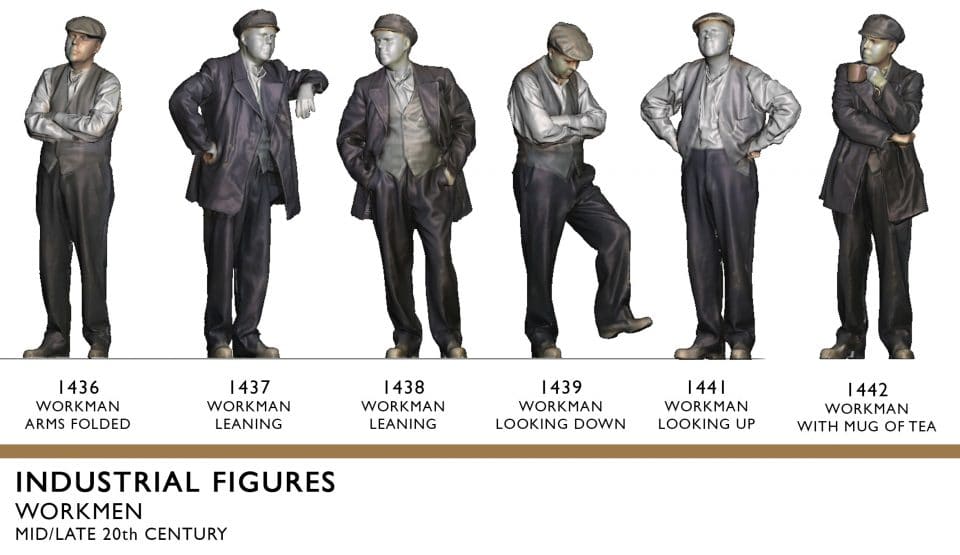 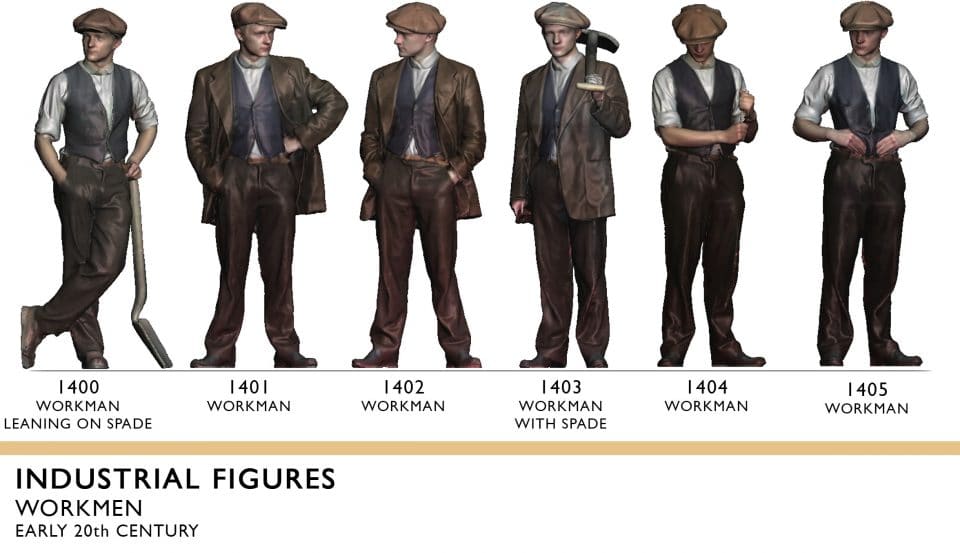 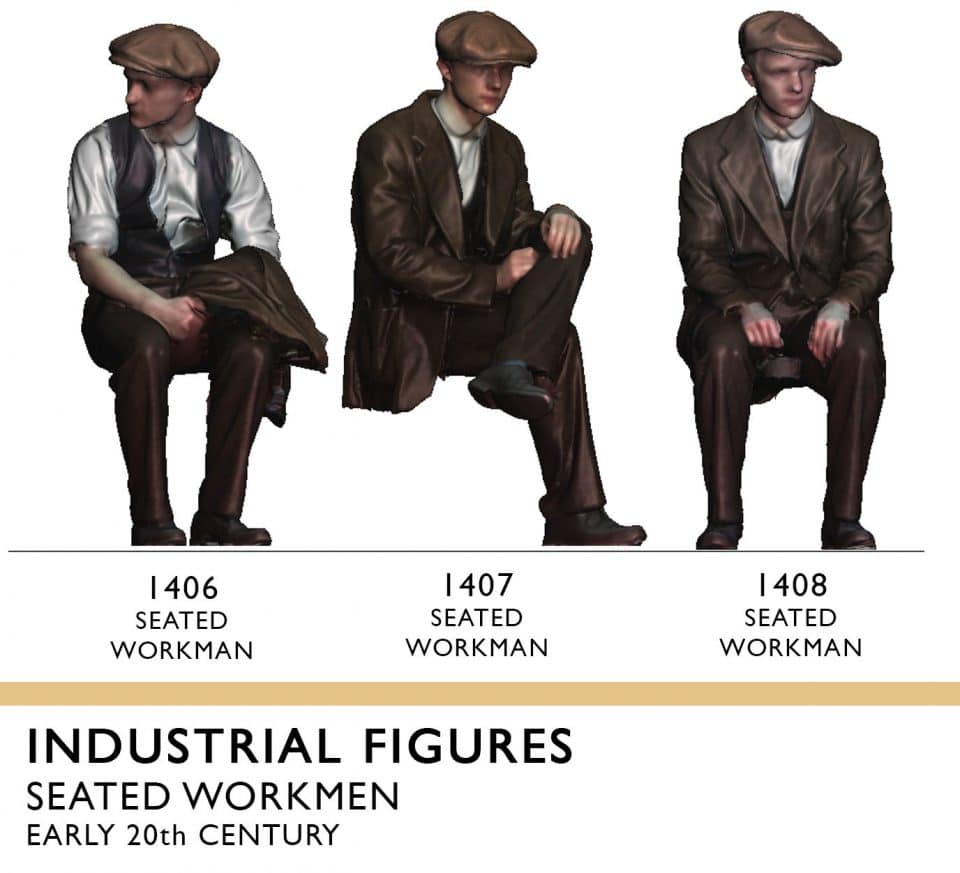