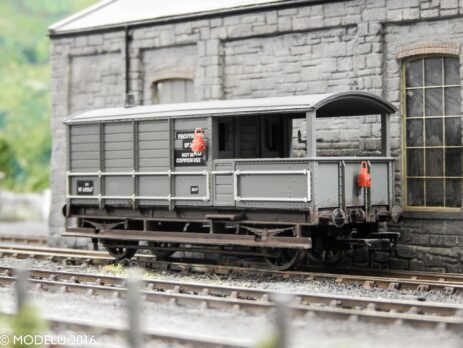 New 3D scanned steam era rolling stock lamps are now available to order in 4mm scale via the website, or over the counter at forthcoming exhibitions.   These have been produced with kind assistance from the Cambrian Heritage Railway museum at Oswestry.   They include GWR Tail and brake van Side Lamps, later BR (WR) Side Lamps and Southern Tail and Side lamps.

These can be purchased from the webshop:

The tail lamps are provided unpainted on a sprue in packs of 5x, with mylar backed modelling lenses available in either clear or red, attached to a sticky backed strip. The brake van side lamps are supplied in packets of 4, with 4x red and 4x clear lenses, to fit two brake vans.

The lenses can be removed carefully from the stick backing using a scalpel.  Though they have some stickiness to them, it is preferable to add a small amount of superglue to the lamp lens recess with a cocktail stick or similar, before applying the lens.

In addition to the steam era lamps, modern image Battery Electric lamps are also available, initially the Mk3 version, followed soon by the earlier Mk2 model used in the 1980’s.   WD080 pictured below is available from the webshop.

As with the existing range, the handles are very delicate, so I’d appreciate any feedback.

Work continues on providing the lamps in other scales, with 2mm coming in October, followed by 3mm towards the end of the year and 7mm scale in January.